The temple shepherds who first heard the announcement of the Savior’s birth would have been aware of Micah’s prophecy. Not only confirmation of Messiah’s connection to the Davidic Covenant, the prophet Micah also names the location of Messiah’s birth in the environs of Bethlehem.

After hearing the Good News, the shepherds determined,

Let’s go to Bethlehem and see this thing that has happened, which the Lord has told us about (Lk. 2:15, NIV).

How did they know where to go?

Informed people of faith well know the Old Testament prophecy that identifies the city of Messiah’s Nativity. Micah’s prophecy was used for every Christmas Eve program throughout my childhood as a recitation or responsive reading.

But you, Bethlehem Ephrathah, though you are small among the clans of Judah, out of you will come for me one who will be ruler over Israel, whose origins are from of old, from ancient times (Mic. 5:2, NIV).

In the broader context of this particular prophecy, one less familiar pinpoints the precise location of the birthplace of Messiah. Micah predicted,

Although often overlooked, Micah discloses that Messiah who fulfills the Davidic Covenant (the former dominion), “was to be revealed from Migdal Eder; the tower of the flock.” (1) Bible historian Alfred Edersheim suggests Migdal Eder—located on the northern outskirts of Bethlehem—was a watchtower used for the protection of temple flocks.

The precise location is unknown. Some scholars believe Migdal Eder was a short distance from the main road linking Jerusalem to Bethlehem. Today, it is called the “Old Hebron Road” entering Bethlehem from the northeast.

On the night of the Nativity, the sky burst into blinding light on the fields near Bethlehem. An angel spoke to the shepherds,

Do not be afraid, for behold, I bring you good tidings of great joy which will be to all people. For there is born to you this day in the city of David a Savior, who is Christ the Lord. And this will be the sign to you: You will find a Babe wrapped in swaddling cloths, lying in a manger. (Lk. 2:10-12).

While there is no indication of angelic GPS to guide the shepherds to the manger, there is also no mention of confusion or frantic discussion about an extensive search for the newborn.

The narrative candidly asserts, “And they came with haste and found Mary and Joseph, and the Babe lying in a manger” (Lk. 2:16).

The location of the closest manger likely was Migdal Eder at the edge of the fields where these shepherds were watching their sheep—the very place Micah prophesied that Messiah would be revealed. 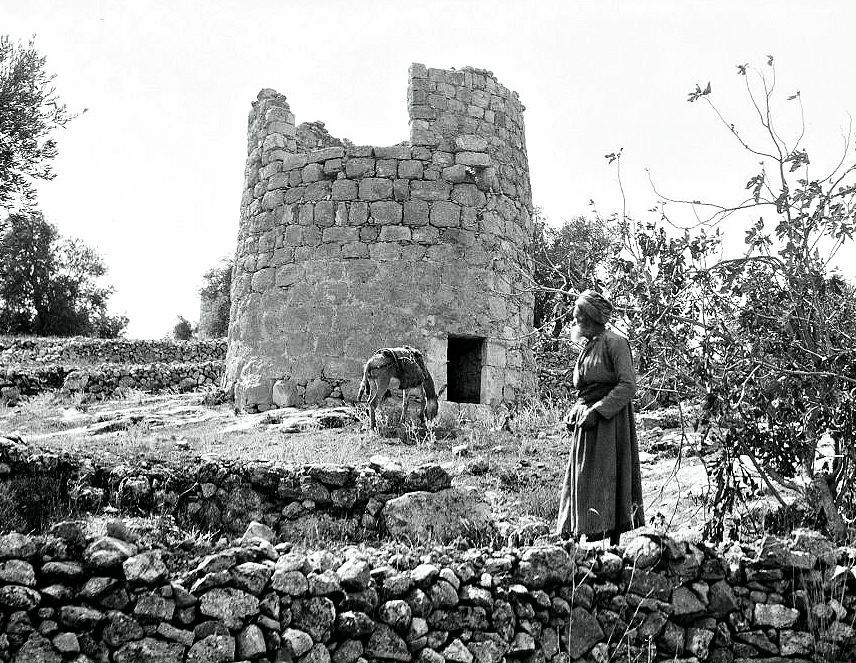 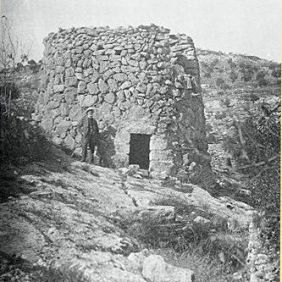 With the city of Bethlehem crawling with people, guestrooms filled to capacity and Mary’s delivery close at hand, the Tower of the Flock that she and Joseph passed entering the city of Bethlehem proper may have been their only hope for shelter and seclusion. It is likely this was the first place the shepherds would look after receiving the Good News.

The shepherds immediately grasped the implications of the angel’s announcement. They knew Messiah had to be a descendant of King David in fulfillment of the Davidic Covenant. Mary and Joseph’s presence in Bethlehem as a result of the census imposed by Caesar Augustus confirmed His lineage (Lk. 2:4).

The shepherds would have known the sign Isaiah gave to identify the promised Messiah. No doubt, Mary and Joseph confirmed the sign by informing the shepherds about Gabriel’s announcement to Mary nine months earlier (Isa.7:14 cf. Mt. 1:22-23).

Expectantly awaiting fulfillment of Micah’s prophecy, temple shepherds would have been informed about the foretold location of Messiah’s birth.

From all indications, they knew where to find Him. This can be inferred by their response (Lk. 2:15). After finding Mary, Joseph and the baby lying in a feeding trough we are told, “Now when they had seen Him, they made widely known the saying which was told them concerning this Child” (vv. 17-18).

The shepherds’ actions demonstrate that they understood the significance of the circumstances.

God entrusted shepherds with the far-reaching announcement that prophecy had been fulfilled. Messiah was born in the very location pinpointed by the prophet Micah; and, the shepherds told everyone they met.

After more than two millennia, we, who grasp the significance of the Nativity, should also be eager to share that life-changing message with the world. The best response to the Good News is still to tell everyone you know!