Out of the hostility, persecution and anguish endured by the Russian Jewish community on the Pale of Settlement, a groundswell of renewed hope—a collective yearning to return to the ancient land of their roots—arose not just there, but among a broad cross section of the worldwide population.

Today, we can look back at the indefatigable efforts of the volunteers of the Hovevei Tzion movement and see the prophetic implications of their contributions to the Zionist cause. 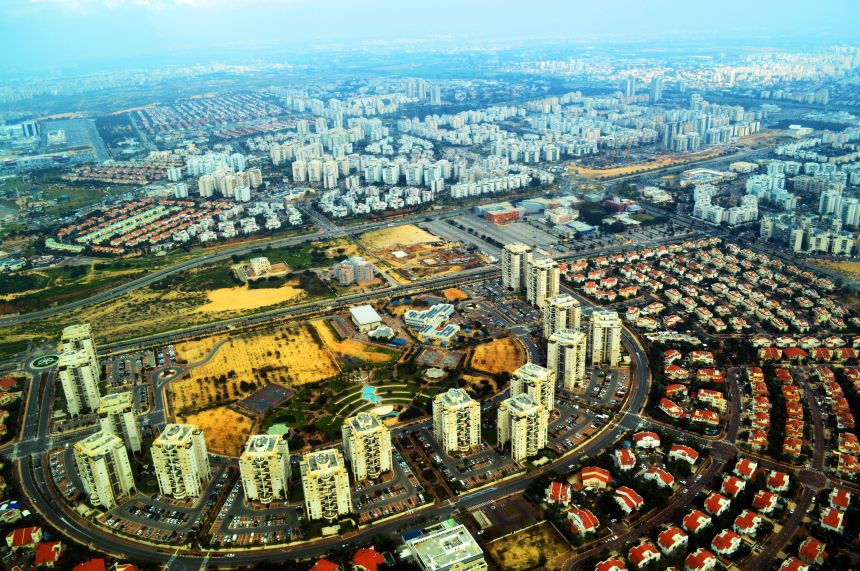 Despite the illegal nature of their efforts in tsarist Russia, this grassroots movement gave rise to the first group of Jewish immigrants from Ukraine who landed in the port of Jaffa in 1882.  After purchasing 850 acres of wasteland south of present day Tel Aviv using funds provided by Hovevei Tzion, 17 intrepid families founded Rishon LeZion (The Gate of Zion) on the legally-owned property. From that point, the arduous process of reclaiming the land for agricultural use began.

Coinciding with the burgeoning movement to resettle their ancient homeland, Dr. Leon Pinsker, a physician, was instrumental in unifying the efforts of numerous fledgling Zionist organizations. Inspired by Rabbi Hirsch Kalischer, these groups dotted the world landscape particularly in Russia and Eastern Europe. 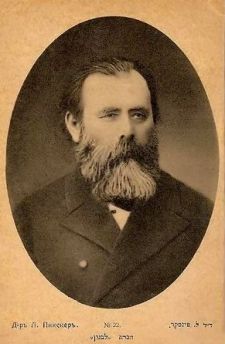 In 1882, Pinsker wrote a booklet entitled “Auto-Emmancipation” which immediately struck a responsive chord, not in Germany and Western Europe as anticipated, but notably in Russia and Eastern Europe. Overnight, he became one of Russian Jewry’s most admired leaders.

As a popular figure in the Zionist movement, Pinsker initiated a Zionist conference held on November 6, 1884 at the B’nai Brith hall in Kattowitz, Prussia.

Thirty-six delegates attended the Kattowitz (Katowice) Conference where Pinsker was named chairman of the newly formed Hovevei Zion Central Committee. He assumed leadership reluctantly hoping that someone more capable would emerge to replace him. 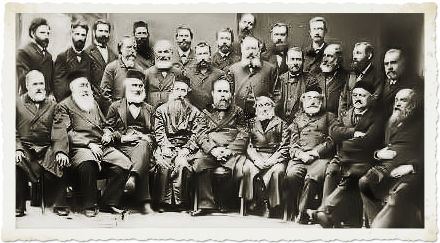 Discussion at the conference centered on establishing financial support for Jewish land purchase, land reclamation and farming in Palestine.

Although Pinsker failed to gain support for his vision of creating an international Jewish Congress to put the question of a Jewish homeland before the nations of the world, he was successful in galvanizing Zionist efforts with an ideology, an organizational structure, financial backing of settlement efforts and the framework for a worldwide Zionist movement. (1)

Four years after Pinsker’s death in 1891, a new Zionist leader emerged amid the frenzied cries of French mobs shrieking, A mort! A mort les Juifs! (Death! Death to the Jews!). The man destined to become Zionism’s foremost visionary was a reporter for the prestigious Austrian newspaper, Neue Freie Presse. 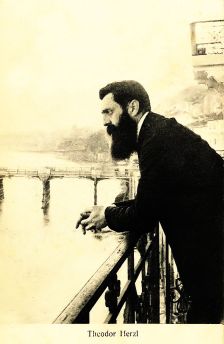 A Boorish Awakening— the Dreyfus Affair

Theodor Herzl was in Paris and covered what came to be known as the Dreyfus Affair. An obscure Jewish officer in the French army, Captain Alfred Dreyfus, was unjustly accused of treason. With no defenders and rampant anti-Semitism in the French army, Dreyfus was secretly tried and immediately sentenced to life at Devil’s Island in French Guiana.

The Paris based newspaper La Libre Parole (The Free Word) intensified attacks on the Jewish community fallaciously portraying the incident as evidence of Jewish treachery. Although pardoned by President Emile Loubet in 1899, the scandal divided France until resolution in 1906, when Dreyfus was exonerated of all charges by a French military court.

Since his first experience with anti-Semitism a decade earlier while studying at the University of Vienna, Herzl had been wrestling with the plight of the Jewish people in the face of the growing threat. Following his coverage of the Dreyfus Affair, Herzl concluded that anti-Semitism was an indomitable and permanent reality in societies.

Grappling with the Reality of Anti-Semitism

Like Zvi Hirsch Kalischer, Moses Hess and Leon Pinsker, Herzl came to the rude awakening that anti-Semitism would never go away. Assimilation could never appease. For the next two years, the plight of the Jewish people became the motivating drive of his existence; “ideas raced through his mind, tumbled out upon scraps of paper wherever he was.” (2)

Whereas others before him had spoken convincingly about the need for an independent Jewish state, Herzl was unique. He taught how to put the Zionist dream into practice; he communicated how to make the goal of Zionism a reality.

Driven by an unquenchable urge to propel Zionism forward, Herzl worked and planned incessantly. On one occasion within a period of only five days, he wrote “Address to the Rothschilds,” a sixty-five-page paper outlining the structure of a future Jewish state where the Jewish people could live as free men on their own soil.

A month later in February 1896, he published a revised version of the address and entitled it Der Judenstaat (The Jewish State). The pamphlet immediately struck a chord with the Jewish communities of Eastern Europe. When attempts to gain the support of wealthy and influential individuals failed, Herzl appealed directly to the Jewish community.

The First Zionist Congress held in Basel, Switzerland on August 29 – 31, 1897, was a product of his intense efforts.

During the congress, the World Zionist Organization was established as the political arm of the Jewish people; and, Herzl was elected the first president of the organization. Herzl chaired six Zionist congresses successfully establishing the Jewish Colonial Trust (Bank Leumi), the financial arm of the movement; the Jewish National Fund, charged with the responsibility of purchasing land in Eretz Israel (Land of Israel); and the movement’s newspaper, Die Welt (The World).

Suffering from pneumonia and with a heart weakened by prolonged and incessant efforts promoting Zionism, tragically, Herzl died in 1904 at the age of 44. Though his amazing life was cut short, the profound contributions of Theodore Herzl are encapsulated in the title that acknowledges him as the Founder of Zionism.

Shortly after Herzl’s death, a young man named Chaim Weizmann rose to prominence in the Zionist movement. As a youth living on the Pale of Settlement, Weizmann was actively involved with Hovevei Tzion groups handing out leaflets and collecting kopeks (coins) to further the Zionist cause.

Young Weizmann had two passions—science and Zionism. Because he was not able to receive an advanced education in Russia, Weizmann traveled to Germany and then Switzerland where he earned a PhD in organic chemistry from the University of Freibourg. In Switzerland, he became active in the Zionist movement and was a delegate to the Second Zionist Congress in Basel, Switzerland.

In 1904, Weizmann moved to Manchester, England; and shortly thereafter, was elected to the General Zionist Council. Weizmann’s patient, pragmatic and levelheaded demeanor endeared him immediately to members from Russia and Eastern Europe, the largest group in the Zionist movement at that time.

Contributions to the British War Effort during WWI

Weizmann’s contributions to the British war effort during World War I brought him into contact with numerous influential British leaders. Known for being both personable and eloquent, Weizmann advocated for the Zionist movement among the political and intellectual leaders of Great Britain. He was instrumental in not only convincing Foreign Secretary Arthur James Balfour of the importance of a Jewish state, but also played a vital role in formulating the Balfour Declaration dated November 2, 1917. 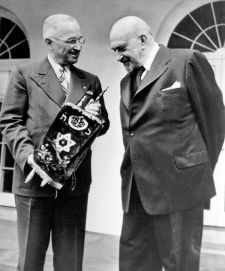 Chaim Weizmann was subsequently appointed head of the Zionist Commission sent by the British government to Palestine for the purpose of advising on future development of a Jewish homeland.

A Man of Influence

In March 1948, Weizmann met with President Harry Truman and persuaded him of the importance of a Jewish state. His efforts are credited with the rapid recognition of the State of Israel by the United States when statehood was declared on May 14, 1948.

Weizmann was twice elected serving as president of the World Zionist Organization from 1921 – 1931 and again from 1935 – 1946. His guidance was essential in the preparation for the official declaration of the State of Israel.

In the first act of the Provisional Government of Israel, Chaim Weizmann was declared Israel’s first president.

The Zionist vision at the turn of the 20th century was more than a transient dream. At the set time in God’s plan, a yearning was placed in the heart of Jewish people to return to their ancient homeland—the land promised to Abraham, Isaac and Jacob’s descendants forever (Jer. 7:7).

“Fear not, for I am with you; I will bring your descendants from the east and gather you from the west; I will say to the north, ‘Give them up!’ And to the south, ‘Do not keep them back!’ Bring My sons from afar, and My daughters from the ends of the earth” (Isa. 43:5-6).

Although men from a variety of backgrounds aided the Zionist vision with each contributing what was critical during the process—it was God working step-by-step behind the scenes fulfilling His promise to bring His Chosen People home. History documents the veracity of the Bible. Use the facts; advocate for Israel! 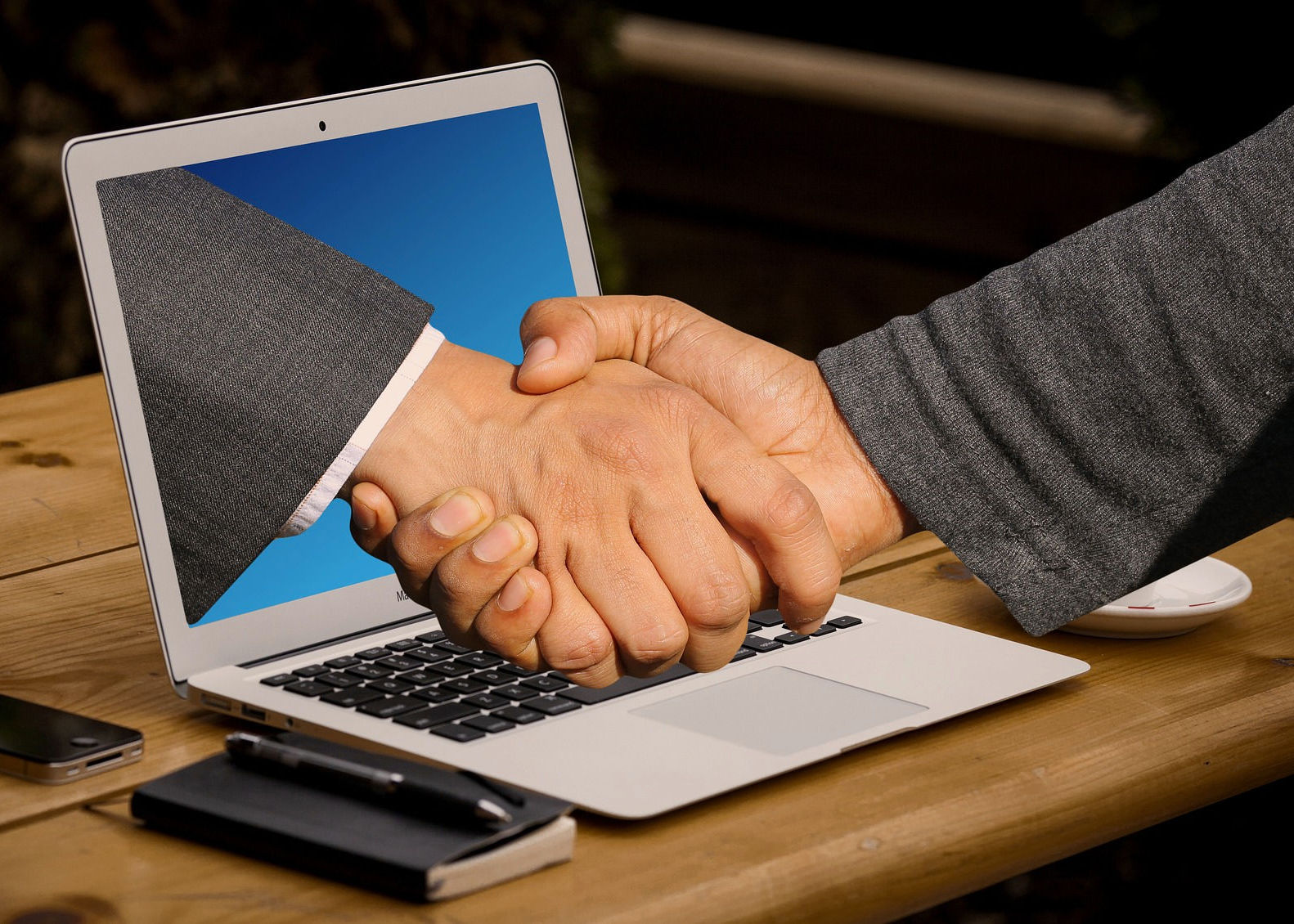