At a set time in God’s prophetic plan, an unnamed angel communicated with Joseph through a dream.  The angelic messenger confirmed the that his fiancé, Mary, was indeed the prophesied mother of the Redeemer of Israel.

MATTHEW 1:20-21
“But while he [Joseph] thought about these things, behold, an angel of the Lord appeared to him in a dream, saying,

‘Joseph, son of David, do not be afraid to take to you Mary your wife, for that which is conceived in her is of the Holy Spirit. And she will bring forth a Son, and you shall call His name Jesus, for He will save His people from their sins.’”

During the night time visitation, the angel covered four key points relevant not just to Joseph, but for the nation of Israel and ultimately the whole world.

Christians focus on the angel’s message during the Christmas season. Familiarity with Matthew’s account of the Nativity, however, can cause us to miss crucial details.

In greeting Joseph as “the son of David,” the angel linked Joseph to the Davidic Dynasty.

God had made very specific promises to King David. God guaranteed a dynasty, a royal line of descent or posterity that would continue forever. Second in addition to an eternal dynasty, God promised David an everlasting kingdom. Finally, God promised David that his throne—like his posterity and kingdom—would be established forever (2 Sam. 7:1-17). 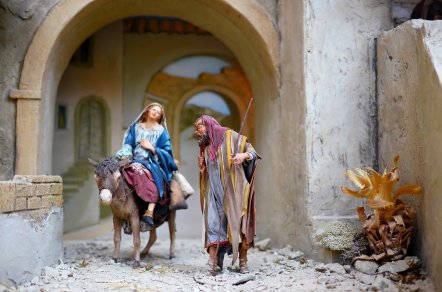 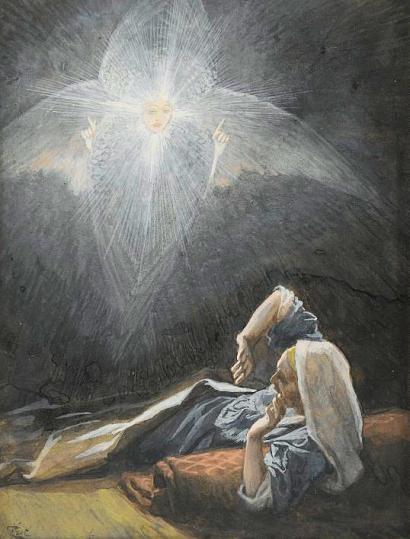 The significance of Joseph’s connection to King David can be observed in God’s unfolding plan that was first revealed to Adam and Eve in the Garden of Eden.

In the revelation of the devastating consequences of Adam and Eve’s disobedience, there was an affirmation of hope. God enlightened Satan:

“I will put enmity between your seed and her seed: He shall bruise [crush] your head, and you shall bruise His heel” (Gen. 3:15).

From Adam’s family, God chose Abel rather than firstborn Cain. After Cain murdered Abel, God provided Seth in the line leading to the Savior (Gen. 4:25). The chosen line then threaded through Seth’s descendants—Enosh, Cainan, Mahalalel, Jared, Enoch, Methuselah, Lamech, and then Noah (Gen. 5).

God reiterated His promise and established His covenant for man’s redemption with Noah. Announcing His intention to destroy the rest of humanity with a global flood, God mercifully gave Noah a blueprint-like plan for the ark. At the appointed time, Noah took seven family members with him into the ark and for more than a year, they floated on the waters of the Great Deluge.

Entering into a unique relationship with Abraham, God made four unconditional promises—including the Messianic hope—that through his descendants all families of the earth would be blessed (Gen. 12:1-3).

Miraculously, when Abraham was a hundred, his wife Sarah gave birth to Isaac. God said

“you shall call his name Isaac; I will establish My covenant with him for an everlasting covenant, and with his descendants [seed] after him” (Gen.17:19).

God restated His covenant to Isaac promising, “in your seed all the nations of the earth shall be blessed” (Gen. 26:3). Before Isaac’s wife, Rebekah, gave birth to twins, God revealed His sovereign choice of covenantal successor. It would not be the elder Esau, but the younger twin Jacob (Gen. 25:23).

Even though he was aware that God had chosen Jacob, Isaac attempted to contravene the prophecy given to Rebekah and insisted on bestowing the patriarchal blessing on Esau  (Gen. 27:1-40). Well known and widely reported in Christian circles as a deceptive act, Rebekah, in-point-of fact, intervened to ensure God’s will would be fulfilled and the blessing would pass to Jacob as God intended.

At Beth El, God confirmed the covenant to Jacob saying, “I am the Lord God of Abraham your father and the God of Isaac . . . in your seed all the families of the earth shall be blessed” (Gen. 28:13-14).

God ultimately changed Jacob’s name to Israel (Jacob-Israel)—the father of the twelve tribes of Israel. Shortly before his death, Jacob’s blessing on his twelve sons distinguished Judah’s descendants as the particular family through whom the Savior would eventually come (Gen. 49:10).

Some 600 years later, God chose King David as the progenitor of the line through whom the Messiah would enter the world. Did you know that Mary, the earthly mother of Jesus, was also a descendant of the Davidic Dynasty? (Lk. 1:26-28). God’s unfolding plan meticulously progressed over the course of four millennia.

Nothing was left to chance or last minute improvisation in God’s plan for man’s redemption. Jesus’ entrance into the world was a set time in the foreknowledge of God who orders all things according to His sovereign will.

Every Christmas season is a striking reminder of God’s faithfulness in sending the promised Redeemer. Rather than allowing the pressures of frenetic activity to dominate your celebration, why not focus your heart and mind on God’s unfolding plan that makes redemption available to the whole world!